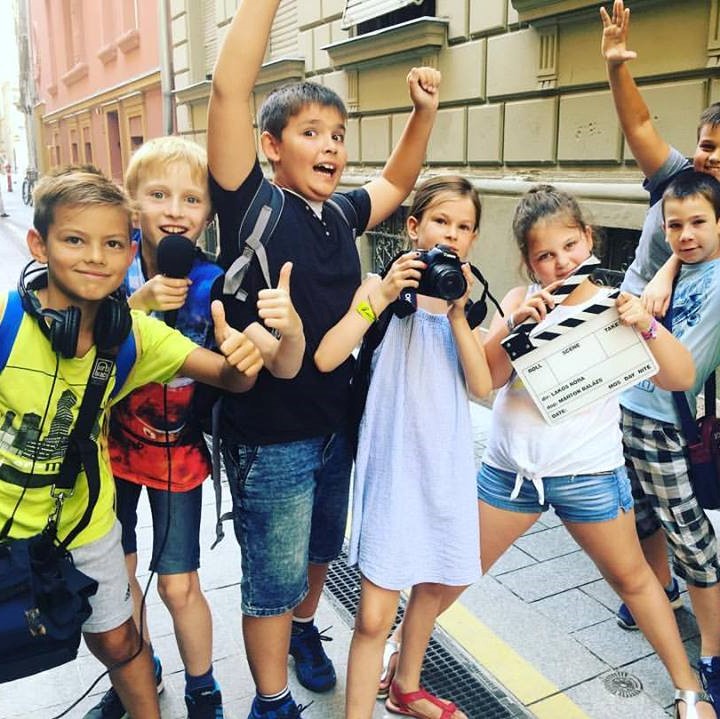 The goal of the Film workshop is to create a one-minute short film based on a story by the children who can step into the shoes of the director, the actors, the cinematographer and the various other roles during the production.

Children can experience what is like it to be a real life reporter during this 90 minutes long workshop. They can assume the role of newscasters, camera person or sound technician, shooting interviews with each other and festival visitors. The interviews produced during the workshop will be uploaded to the festival’s official YouTube channel.

During the animation workshop, hosted by the team of BABtér, children can learn about the various forms of cartoons, including making flip-books, zeotrop-cinema, claymation and many other kinds of animation.